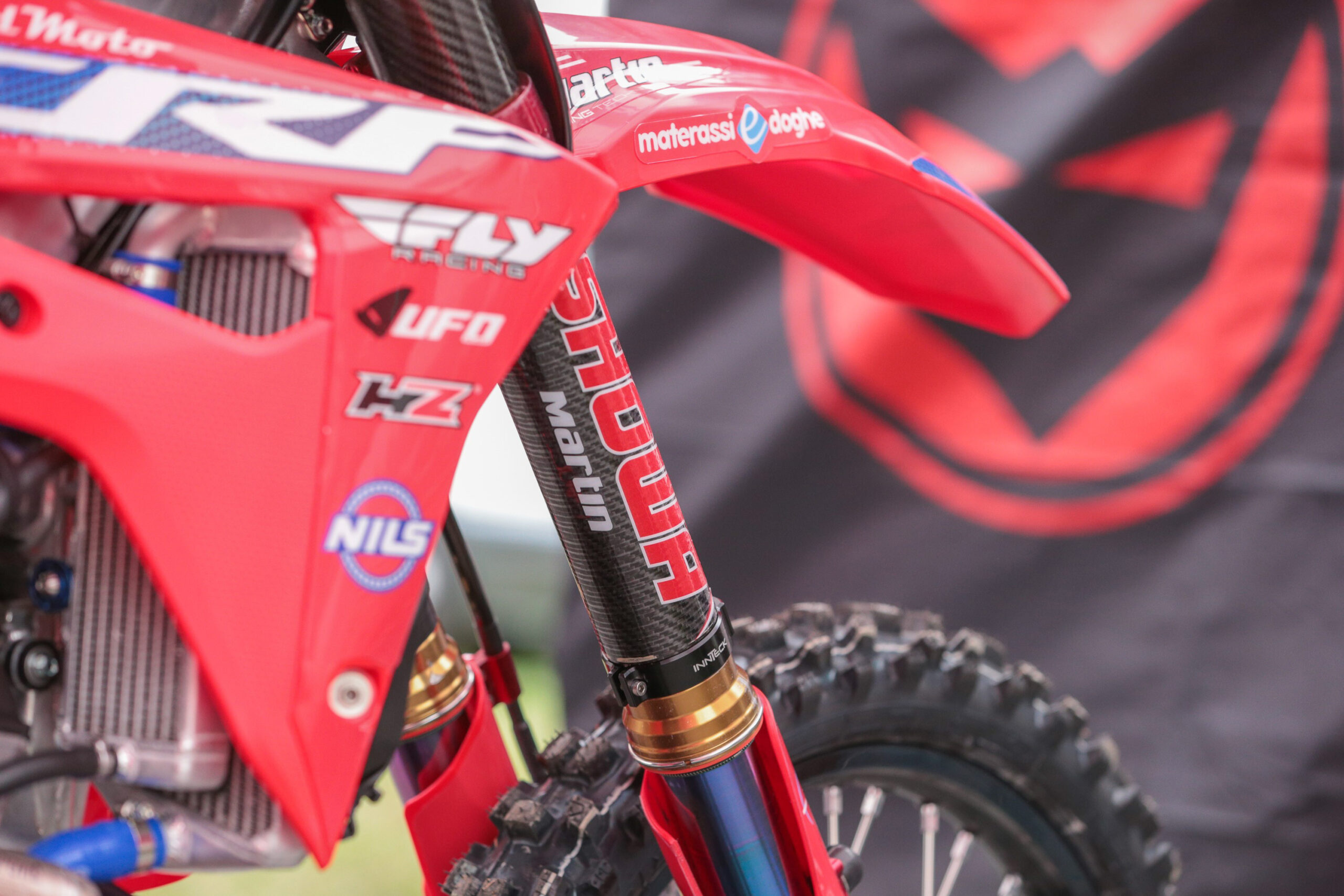 The FIM Grand Prix Motocross World Championship is predominantly held in Europe, but also includes events in North America, South America, Asia, Australia, and Africa. It is the major Motocross series worldwide. There are three classes: MXGP for 450cc machines, MX2 for 250cc machines, and Women’s MX. Competitions consist of two races which are called motos with a duration of 30 minutes plus two laps.

The annual Motocross des Nations is held at the end of the year when National and World Championship series have ended. The competition involves teams of three riders representing their nations. Each rider competes in a different class (MX1, MX2, and “Open”). There are three motos with two classes competing per moto. The location of the event changes from year to year. The United States, Belgium and Great Britain have had the greatest success.

The British Motocross Championship is the main UK off-road competition and organised into classes of MX1 and MX2. MX1 is for 250 cc to 450 cc (fourstroke) and MX2 for 175 cc to 250 cc fourstroke motorcycles. In 2007 an additional youth class, the MXY2 class, was added to the programme at selected rounds.

A “Veterans” series was introduced in 2009 with just two rounds but the demand for places was so high that from 2011 the Veterans series will have three rounds, held over six races.